Feedback from the Customer

“The wish for mobile carts came from the caregivers. Digitalization is a big topic and you have to be able to provide full documentation and information to doctors. We have already been working with Ergotron’s medical carts and the doctors did not want to give them back to the nurses, so it was clear that we needed more.

“Since 2015 Ergotron’s carts have been used at EvK Oldenburg and everyone—including doctors—wants them. You don’t see that every day where everyone likes something so much. We contacted eight manufacturers and tested their carts locally. Ergotron was the clear winner, both in terms of functionality and price.

“The results we were hoping for were achieved and our goals exceeded. Ergotron has proven to be the right choice. The carts are used in nurse stations, the operation rooms, the ER, the intensive care units and the delivery rooms, both in regular locations and where carts are not commonly able to be utilized. They are small, handy, adjustable, flexible and have a long-lasting battery.” 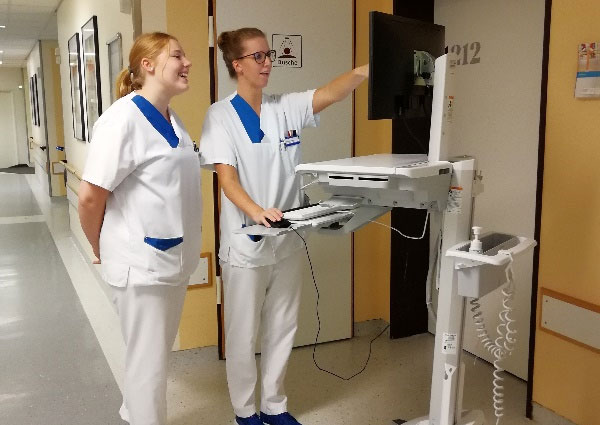 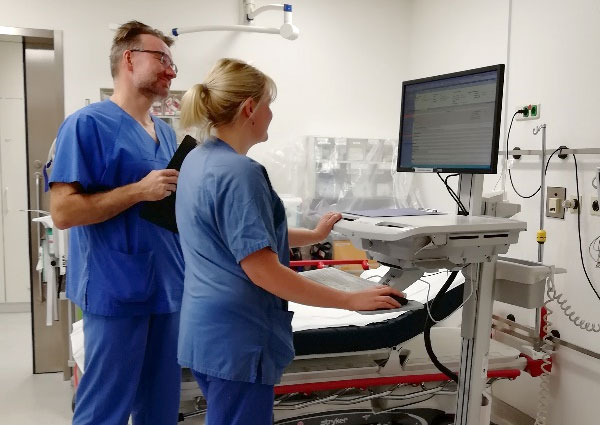